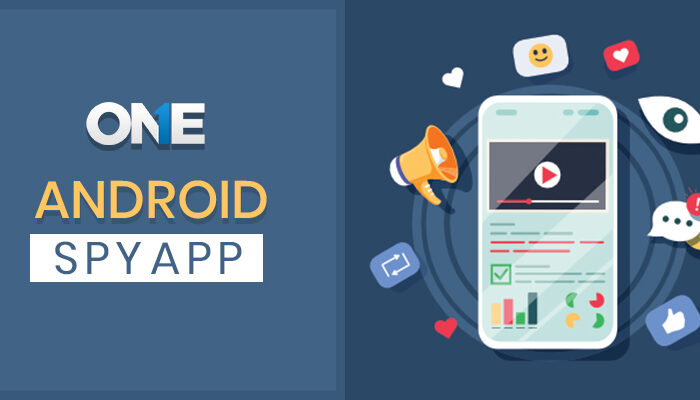 Android phones and tablets have made their way to the next level. The advanced cellphone devices running with the android OS have influenced the entire phone market all over the world. Almost 85% of the cellphone devices are running with an android operating system. Therefore, people want to spy on cellphones and tablet devices no time ever before. However, spying on cellphones is not that much easy unless you have the best-hidden spy app for android. So, we have to know about the spying tool for cellphone to monitor and track someone’s android devices.

What is the best-hidden spy app for android?

TheOneSpy is the best spy software for android that works secretly on the target cellphone device. It is an application that leaves no marks behind and the target device user is unable to know that someone is keeping an eye on him/her. It is invisible and undetectable spy software for cellphone devices to the fullest. The application is non-rooted and every feature of the software works without getting administrative access on the target device and sends the results instantly to users’ online control panel.

The application is capable of spying on phone calls, chat conversations, cellular messages, social media chat, screenshots, and many more. Moreover, users can capture live screens, record surround, keystrokes, browsing history, and dozens of other activities. if you need more information, There are 6 types of spy apps you really need to know

Do you want to get your hands on the best-hidden spy software for a cellphone? If you do want to have it, then you need to perform few steps to the job done. You need to know about the webpage of TheOneSpy android spy.

Parents or employers can visit the official website of the hidden mobile spy app for android and get the subscription online. You will get an email on your account and you need to log in for a while to collect the credentials.

Step2: Get physical possession on the cellphone

You need to access the web control panel of the android spy software and you can visit the non-rooted features. You have to activate them using the sync settings button and you will get the live results of your kids’ activities on phones and your employee’s activities during working hours.

TheOneSpy hidden spy for android features that you need to know

Here are the features of the cell phone spy software that you can use on any android phone running with Android OS version 5.0 up to OS version 11.0.

Users can access any cellphone device and remain hidden on the android phone. Moreover, you can use the live screen recorder feature at any point in time on the target device screen to record back-to-back videos.

Further, it will save the videos to the web control panel. Users can visit the recorded videos and get to know what the target device user is doing on the cell phone screen.

Parents or employers can capture screen images at any point in time, but you have to schedule multiple screenshots on the dashboard. Further, you can watch the captured images and spy on android secretly.

The cell phone is hidden spy lets you know what sort of websites, and bookmarked pages are available on the phone browser using browsing history tracking software. You can get to know about the visited websites with names, URLs, and schedules.

Undoubtedly, the android spy is hidden and it is one of the best products of TheOneSpy in the business these days.

Weekend in KheerGanga Trek and Best Time to go